DAHMER – Monster: The Jeffery Dahmer Story attempts to showcase the heinous crimes of Jeffery Dahmer, the infamous serial killer known for necrophilia, cannibalism, and stocking leftover body parts as souvenirs in his freezer. Created by prolific American Horror Story duo Ryan Murphy and Ian Brennan, the 10-hour series forms a chilling imitation dotting timelines to detail his childhood and early adult years, when he murdered at least 17 young boys and men during 13 years.

While the series has created an international sensation, with 700 million hours of view time since its release, the criticisms of the show rank as high as its popularity. 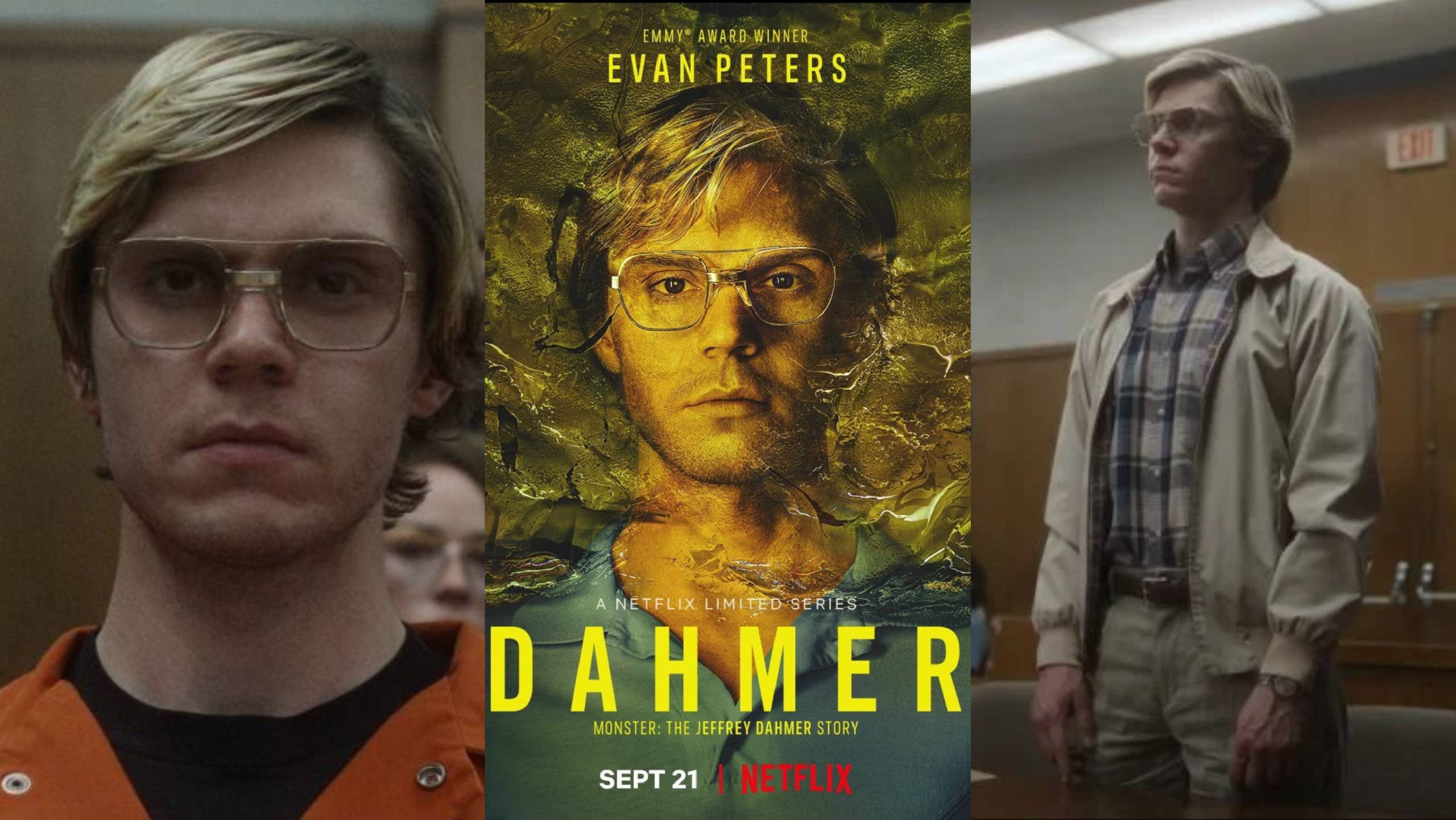 Apart from being denigrated as ‘romanticized’ and ‘deeply exploitative’ by the viewers. The Jeffrey Dahmer Netflix show has been heavily reprehended by the families of the victims who suffered under the hands of the killer, saying it ‘retraumatized’ them.

Rita Isbell, the sister of Errol Lindsey, was an early victim of Jeffrey Dahmer. Errol was experimented on, kept alive, and then gruesomely decapitated by Jeffery Dahmer at 19.

In a conversation with The Insider, Rita penned an essay about what it was like reliving the tragedy.

“When I saw some of the show, it bothered me, especially when I saw myself — when I saw my name come across the screen and this lady saying verbatim exactly what I said.”

“If I didn’t know any better, I would’ve thought it was me. Her hair was like mine, she had on the same clothes. That’s why it felt like reliving it all over again. It brought back all the emotions I was feeling back then.” 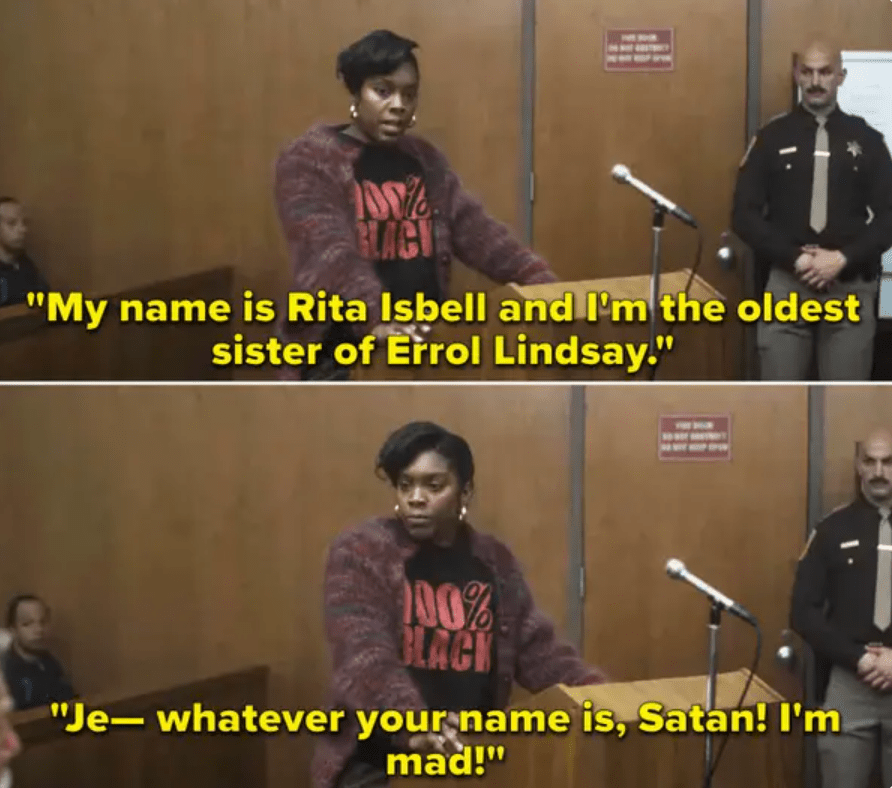 In the emotionally charged essay, Rita Isbell narrated that she could only watch parts of the show as it ‘bothered’ and psychologically damaged her. She confessed that the show managed to bring up the old feelings as she had experienced them then, which ‘hurt’ her.

She wrote, “I was never contacted about the show. I feel like Netflix should’ve asked if we mind or how we felt about making it. They didn’t ask me anything. They just did it.” Isbell added, “But I’m not money hungry, and that’s what this show is about, Netflix trying to get paid.” 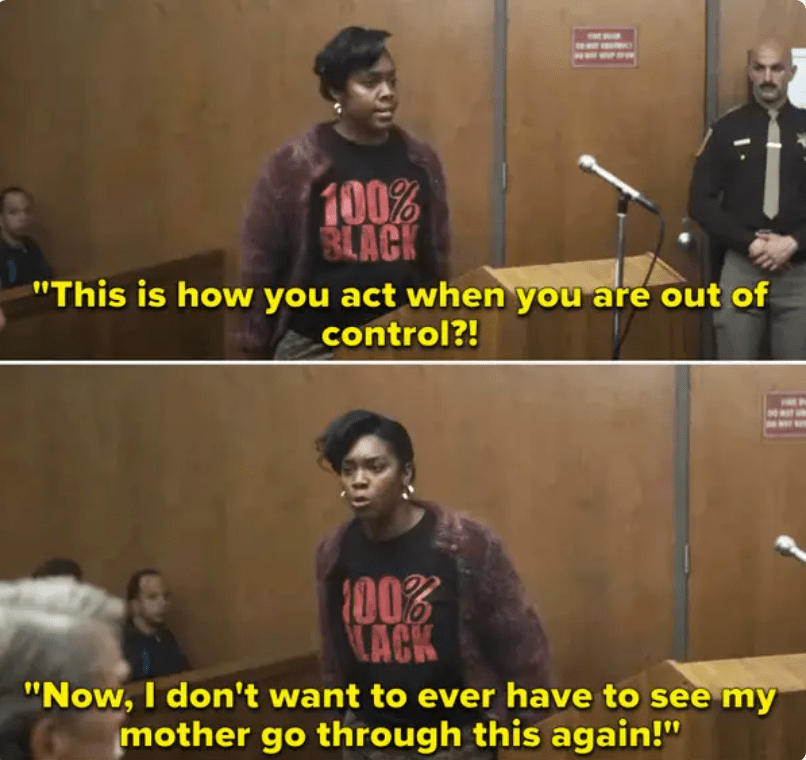 Labeling Netflix as ‘greedy,’ Rita Isbell verbalized that the least Netflix could have done was giving some of the money to the victims’ children. She emphasized that she did not want the money herself, as she is comfortable in her lifestyle, but rather as a gesture by Netflix to seemingly benefit the victims in some way. Netflix’s act of money-making and non-consensual portrayal of the victims seems ‘careless’ and ‘harsh’ to her.

Eric Wynn – a friend of Tony Hughes, one of Jeffery Dahmer’s victims.

Eric Wynn was the only Black drag queen at Club 219 in Milwaukee during the 1980s, where he eventually met some of Jeffery Dahmer’s victims, including Anthony Hughes. He narrated that Hughes was ‘my absolute favorite fan’ and used to blush when Wynn winked at him from the stage. In return, Hughes taught him the ABCs of sign language. “He would sit there laughing at me when I was trying to learn sign language with my big, old fake nails on,” Wynn recalled, laughing. 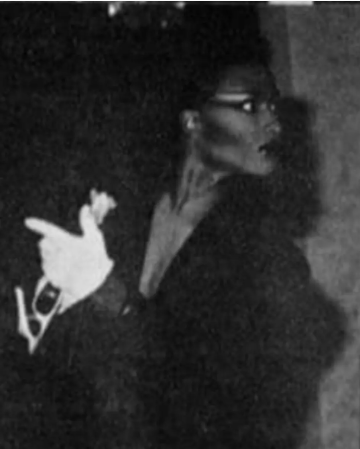 Eric Wynn, now 58, expresses that he and his community are reliving painful experiences due to the new dramatized Netflix show about the murders. According to Wynn, some described the series as too personally difficult to watch and believe that the director Ryan Murphy owes the LGBTQ community and the victims’ families an apology.

“And then to turn around and just slap us like this for profit and sensationalism — I was so disappointed. For him to flip the script after ‘Pose’ and then turn around and basically glorify Dahmer. Making him out like he’s some sort of victim, it’s like, ‘How dare you? How dare you?'”

This brings into further focus the failed attempt by Netflix to label the series under the LGBTQ+ vertical when it premiered last month. The label was removed after pushback from Twitter for categorizing LGBTQ among the same themes as ‘ominous,’ ‘psychological,’ ‘horror,’ ‘vintage crime,’ and ‘dark.’ “It couldn’t be more wrong, more ill-timed, and it’s a media grab,”

Wynn said, adding that he was “disappointed” in Murphy. “I thought he was better than that.”

Eric Perry, who is Errol Lindsey’s cousin, took to Twitter to echo Rita’s opinions, calling the show “retraumatizing.” He also noted that the victims’ families do not have to be notified when a TV show or movie is made like this because “it’s all public record,” saying that they often find out a new Jeffrey Dahmer show, or movie is being made when they wake up to “a bunch of calls and messages” after it has been released.

Perry, 33, communicates that he received a lot of comments voicing the opinion that the families of the victims should be grateful that this story is being told. In one of the messages he received, the woman said it is important for children to know what kind of people there in the world are. “I want people to understand this is not just a story or historical fact, these are real people’s lives. [Lindsey] was someone’s son, someone’s brother, someone’s father, someone’s friend that was ripped from [our] lives.”

Such testimonies of families of the victim bring to question whether more than one dramatized retelling of serial killers is really needed or even informative. When a real-life person, who went through such a gruesome event, is forcefully reduced to a character in cinema – is it really art, or is it exploitation? Netflix’s seeming infatuation with serial killers might lead to insensitivity around deaths, as well as cause further emotional damage to the victims. However, the excitement around the show confirms the fact beyond a doubt that the audiences’ craving for the psyche behind psychopaths surpasses the psychological well-being of the victims.

What are your views regarding The Jeffrey Dahmer Story? Comment below. 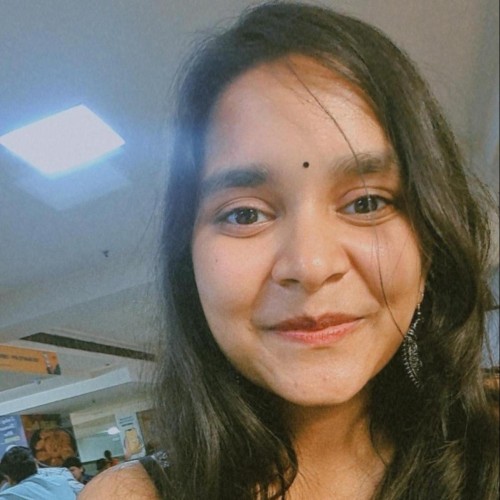