Have you ever been in a situation where you are in a restaurant or club and you suddenly hear a nice song, maybe an indie one which you never heard before? You shazam the song but couldn’t find any luck on shazam either, well these best shazam alternatives are there for you to find those hidden gems on the go.

We tested many apps and found these Top 7 alternatives to Shazam which you can try.

Developed by Soundhound.inc, an audio and speech recognition company. SoundHound can definitely replace Shazam with its easy-to-use interface, that just works. SoundHound has one of the best song recognition software, that can identify the song even in a slightly noisy environment, where others might fail to work. It is powered by their in-house voice AI, Houndify. Voice assistant is one of its significant features. You can trigger it just by saying “Hey SoundHound” followed by the name of the song you want to discover. You can also use the voice command and ask some trivia questions about the song or artist. SoundHound uses LiveLyrics to show lyrics as the song is playing.

You can play the discovered song right inside the app or you can add it to your Spotify playlist. But it only saves 5 song discoveries, you do need to log in to store more searches. On the downside, it does show ads. (non-intrusive)

SoundHound is available on iOS and Android.

Genius is not just your regular Shazam alternative. With over 1.7 million song lyrics databases, it has the world’s biggest collection of song lyrics and crowdsourced musical knowledge. Being a community-based app makes this app a gem for true music lovers. You must have seen their youtube channel as well while surfing youtube (Genius Youtube channel) You will find a lot of insight, trivia, or news related to the industry, song, and artist.

Genius uses ACRCloud to fetch lyrics, which in my experience is snappy and takes a couple of seconds to find the song lyrics from the sound. You can play your discovered song inside the app from sources like Youtube or Vimeo. It can also read your music notification to identify the music and fetch its lyrics. But the app itself is crowded and it might overwhelm someone who is coming from Shazam’s straightforward interface.

Genius is available on iOS and Android.

Want a music player, that can identify songs just like Shazam? Musixmatch is the one you should be checking out. FloatingLyrics is the best feature of Musixmatch. It enables instantly synchronized lyrics from various music streaming apps like Spotify, Youtube, Pandora, Apple Music, etc., And offers lyrics translation in various languages.

On the flip side, you can’t use Musixmatch without signing up and it shows ads. You can remove those ads and enable offline lyrics by paying for their premium subscription.

Musixmatch is available on iOS and Android.

For some odd reason, the name of the app in the Playstore doesn’t match with its package name. But what’s in the name, right? BeatFind (or Song Identification by BeatFind) is one of the closest alternatives to Shazam in terms of a simple user interface. BeatFind is also using ACRCloud to fetch music details and can search a song within seconds. It also has integration with services like Youtube, Spotify, and Deezer. BeatFind can also make your smartphone’s flash sync with the music and display a visualizer. You can turn this feature on by tapping on the ‘bolt’ icon.

Overall, BeatFind just works fine for song identification, but if you want more out of it, you should probably look for some other option.

BeatFind is only available for Android as of now.

Soly is a simple yet powerful alternative to Shazam. Its song recognition is fast, thanks to the ACRCloud database. You can also create your own lyrics within the app. But the overall user experience is ruined by the bad UI and intrusive ads. It does ask you to log in every time, which is quite annoying as well.

Soly has its own music player that you can use to play your local media files. It supports a widget that allows users to add a lyrics widget on your smartphone’s home screen.

Soly is available on Android only.

MusicID has one of the most functional user interfaces in this list of Shazam alternatives. It’s the only app that will give you an ad-free experience. MusicID uses Gracenotes technologies to identify music. Song recognition is relatively fast within seconds. You can also add comments to the song to ID it.

Your app homepage will show all your song discoveries. And if you want more info about the song or artist, tapping on the song will display that information in a beautiful card-based interface.

MusicID is available on iOS and Android.

You don’t always need a 3rd party app to recognize the song, the smart voice assistance on your iOS or Android device is capable of that. You can use Google Assistant on Android and Siri on iOS to replicate the use of Shazam.

Just open the smart assistant on your smartphone and ask ‘Identify the song‘ and let them do the magic. The accuracy, however, isn’t close to what Shazam and apps like Shazam offer. But in the worst-case scenario, you really don’t have to install a 3rd party app to identify a song.

Google Assistant is built into almost all Android devices and you can find Siri on all Apple devices.

So those were some of the best Shazam Alternatives that you can install on your smartphone right now. I am used to using Google assistant’s Song Identification a lot casually and whenever even google fails, there are apps like Soundhound and Genius. I hope you liked our coverage of the best shazam Alternatives. We publish awesome content like this every day so make sure you visit us often, say hi in the comment box, and on Twitter.

How to use the Google Home App on Windows 10 PC/Laptop?

How to take Mac OS like screenshots on Windows 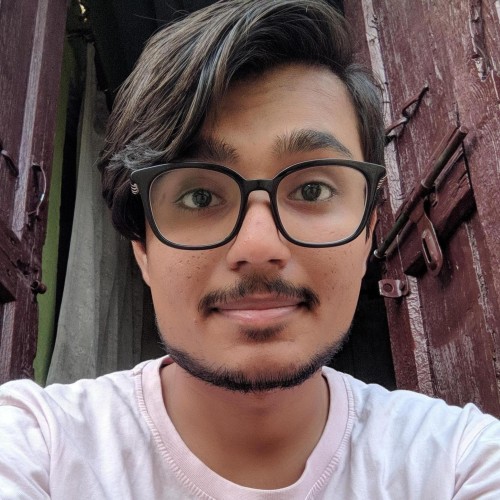